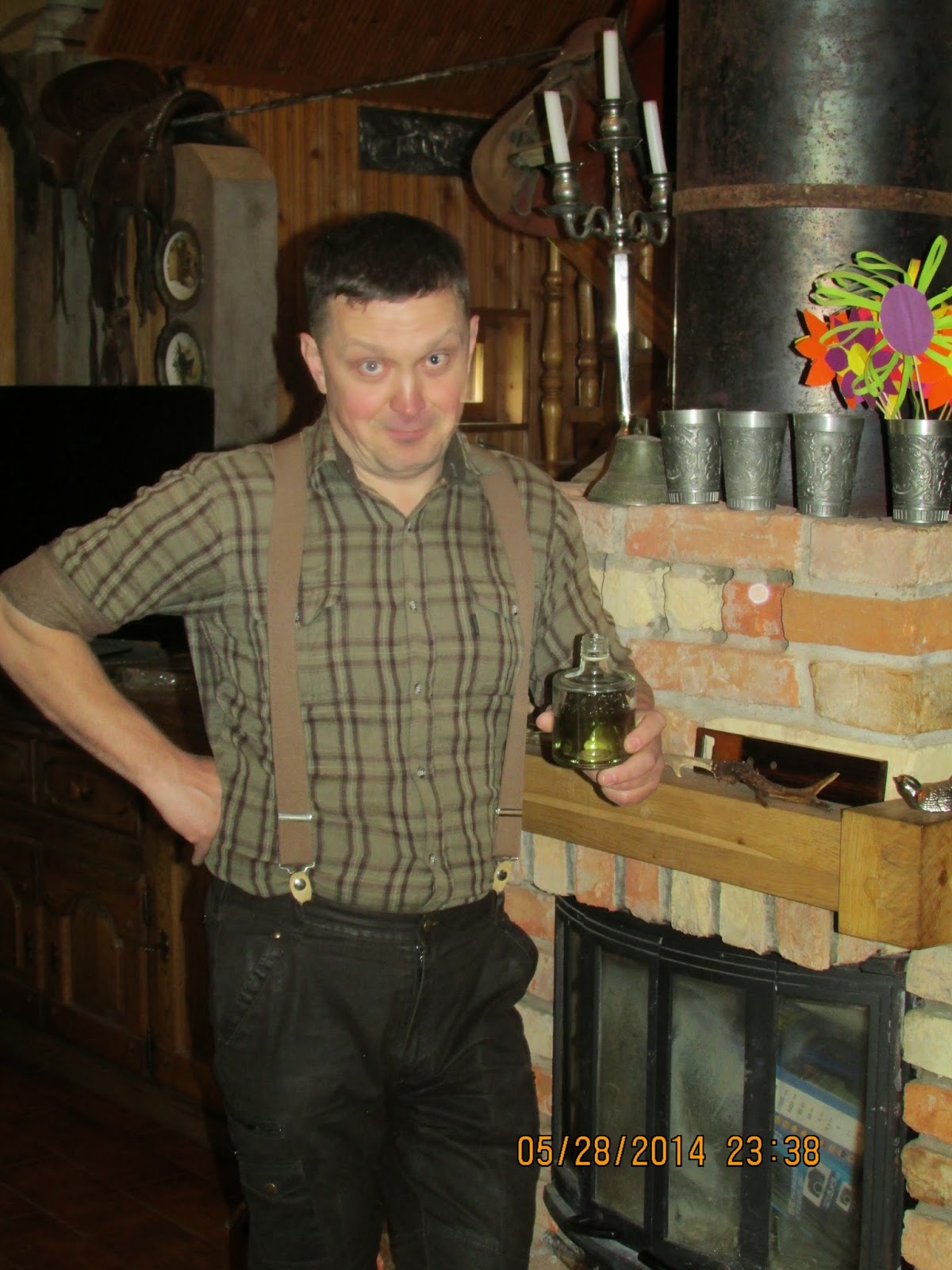 The highlight of our tour of Kurtuvėnai Regional Park was a visit with one of Vilma’s friends, Petras Adeikis (photo above).  In her 4-wheel-drive vehicle, Vilma led the way to the rustic house (see photograph, below) that Petras shares with his wife and two grown sons.  Vilma introduced him to us as an expert in wildlife management and huntsman par excellence.  It turns out that good wildlife management requires both ambitious breeding and large-scale killing. 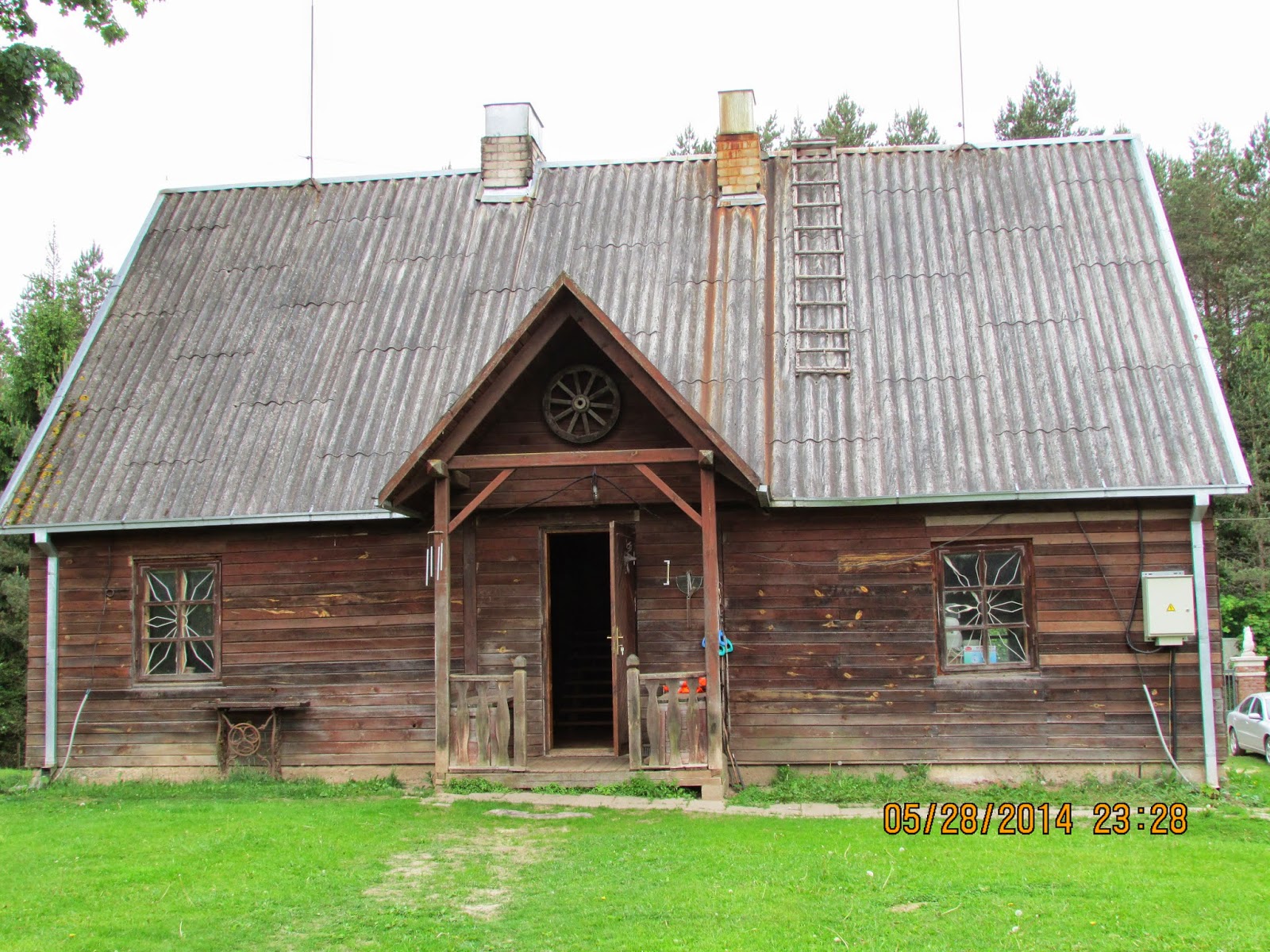 Petras took us on a tour of his estate, explaining that he helps maintain the delicate balance of species within the park.  For instance, he has fenced off a large expanse of woods devoted to breeding lynx kittens for eventual release in the wild (it is illegal to hunt lynx in Lithuania).  We had a good look at the male and saw the female hunkered down inside an enclosure, where she was protecting her young.  He breeds several pairs of owls (see close-up of one of them, below) and cares for a pair of eaglets with broken wings.  All of the released animals are implanted with GPS chips that enable the park to follow their movements. 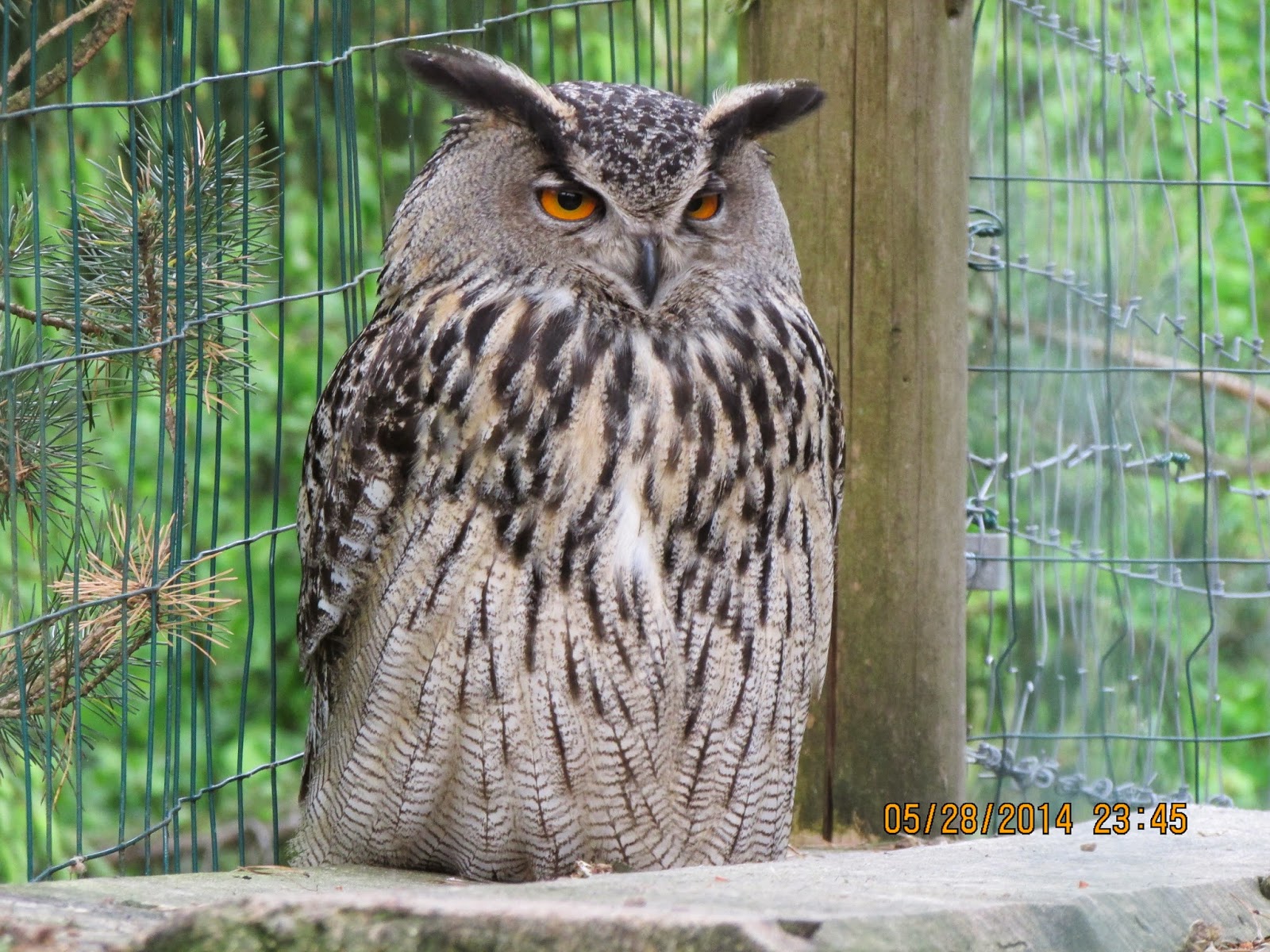 After a tour of the grounds, we repaired to Petras’s rustic guesthouse, where, for the next two hours, he plied us with moonshine, deer jerky, and wild boar bacon, all home-made.  An aspiring entrepreneur, Petras hopes to attract people to his guest house and the cottages he plans to build to capitalize on their interest in ecological issues, observing wildlife, and hunting (especially deer, but also moose, wild boar, and injured animals of whatever species).  In the main house, which is something of a taxidermy museum (see photo, below, of a lynx that was sacrificed because of a broken hind leg), scores of trophies testify to his hunting prowess.  It's important to note that his family consumes all of the game he kills. 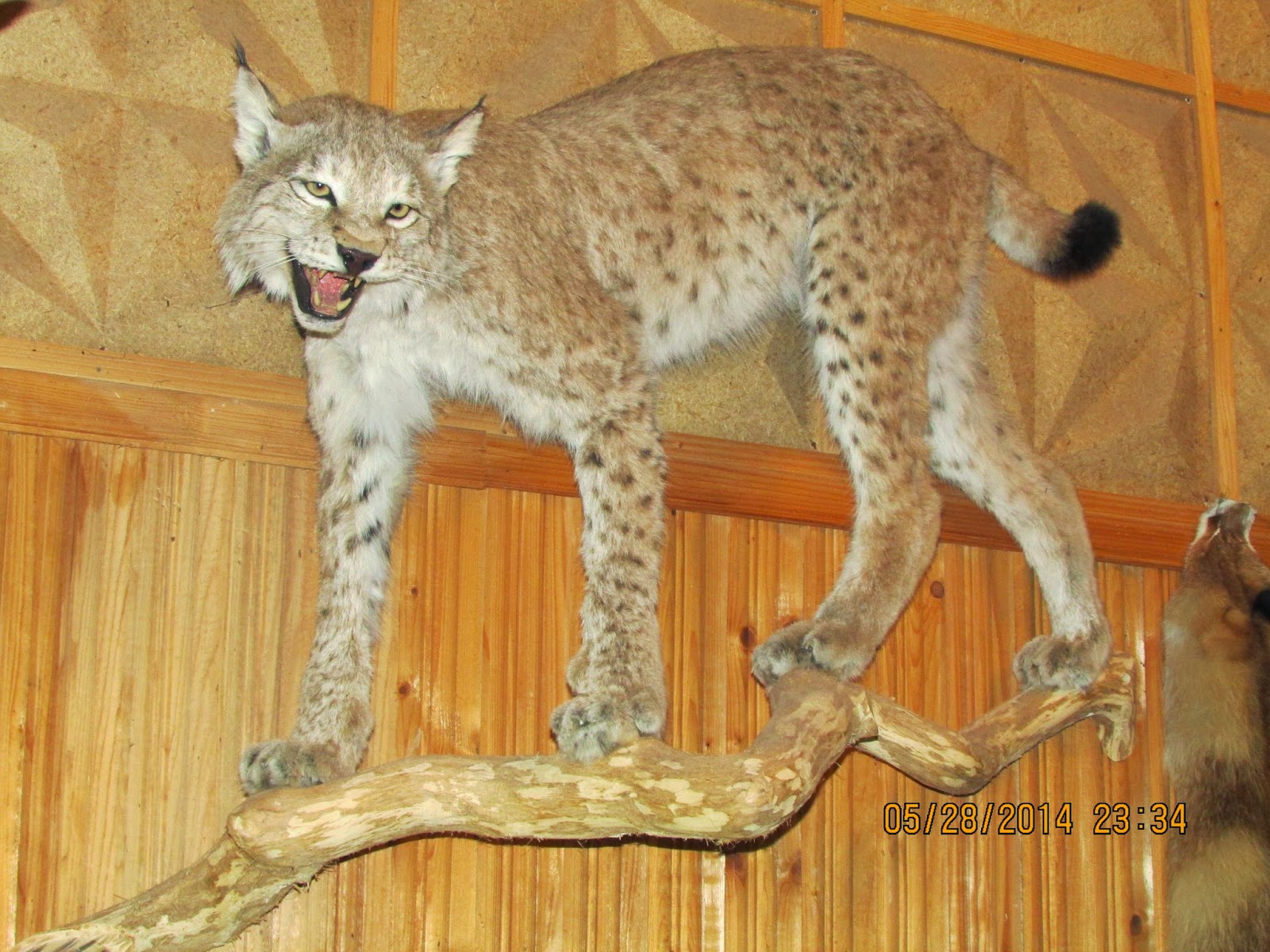 And yes, that's a bull moose below. 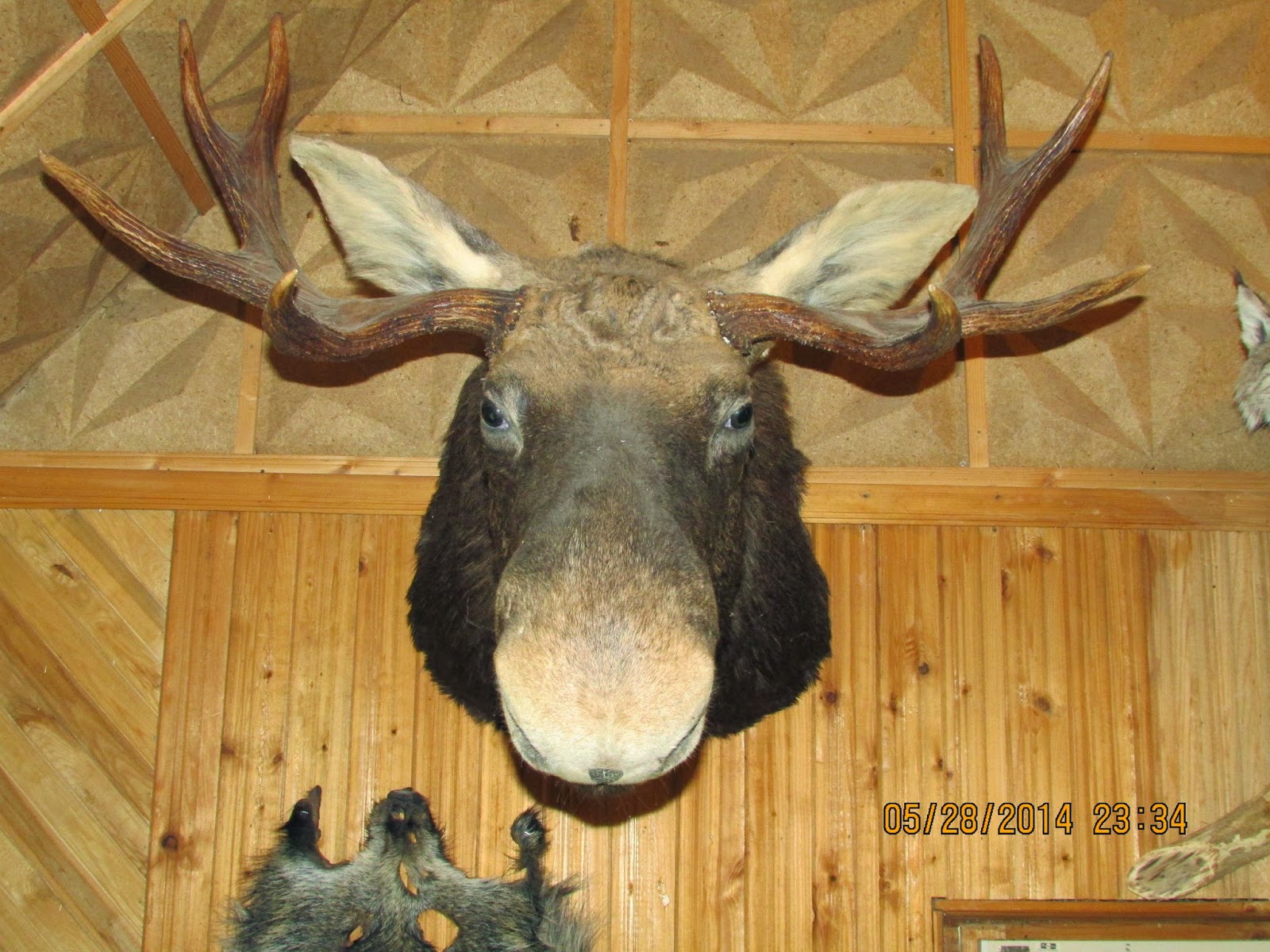 Petras Adeikis is an unusually charismatic and articulate fellow.  I have no doubt that he will succeed in making Kurtuvėnai a must-see attraction on the ecotourism trail.  He ranks as one of the most interesting people--and most generous hosts--we've met so far on our Lithuanian adventure.

Posted by Kenneth Kolson at 8:30 PM