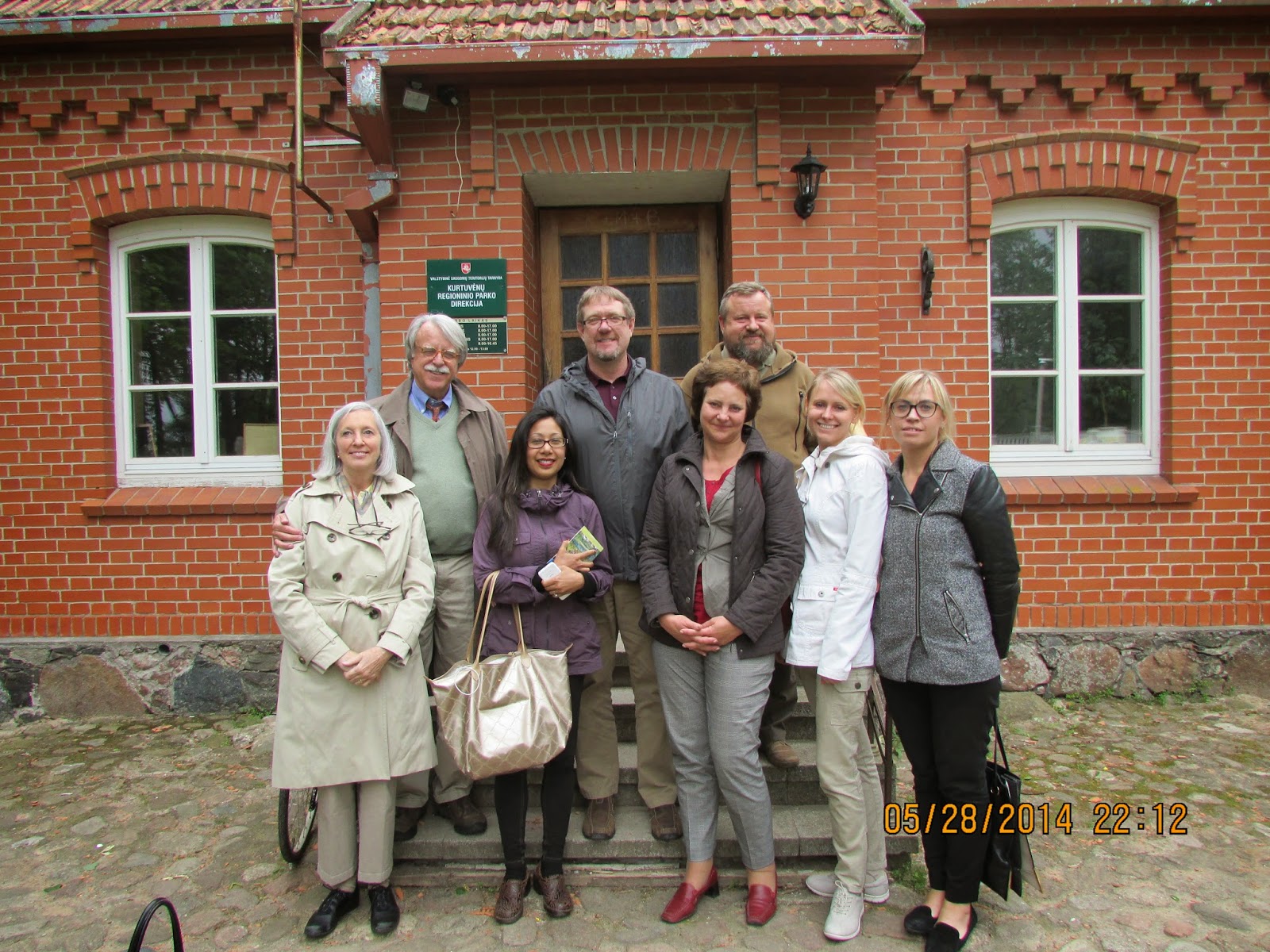 For one reason or another—the chief one being the usual end-of-semester pressure to tie up loose ends—we have been pretty busy, which is my excuse for neglecting my duties here on Baltic Avenue.  Yesterday was a truly memorable day, however, thanks to our public administration colleague, Vilma Tubutiene, who expertly organized a field trip to Kurtuvėnai, which deserves to be reported on in full.  This is the first installment.


Vilma and her husband have a flat here in the city center, and they also have built a country house some fifteen kilometers outside the city near the Kurtuvėnai Regional Park (KRP).  One of the highlights of yesterday’s excursion was a conversation with the director of the park, Rimvydas Tamulaitis, which took place in the park’s administration building.  We were given to understand that like most of Lithuania’s regional parks, all of which date to the restoration of independence in 1992, the mission of KRP extends to both conservation of nature and human recreation.  There must be tradeoffs in such cases, and it’s not easy to get the balance just right.


What I didn’t appreciate at first was the wide variety of wildlife that exists within the boundaries of the park, which is quite large (over 17,000 hectares, most of it heavily forested) and the extent of the park’s resourcefulness in protecting numerous species of endangered flora and fauna.  Park administrators also must be commended for their skill in securing outside funding for their various conservation programs and outreach efforts.  Photo #1 above shows the park director posing for the camera with our group (from left to right, front row:  Jane Kolson, Arwiphawee Srithongrung of Wichita State University, Vilma Tubutiene, Oksana Mejere, and Jurgita Mikolaityte; back row: Ken Kolson, Ken Kriz of Wichita State University, and park administrator Rimvydas Tamulaitis).


The Kurtuvėnai Regional Park is on the site of a former estate, one that had the usual amenities, including a manor house, a barn, a carriage house, stables, and a brewery on site, not to mention a nearby church that was generously supported by the local squire.  One thing we have learned in the course of this semester is that Lithuanian preservationists and conservationists are less timid than their counterparts in the U.S. about reconstructing buildings that were destroyed.  Negotiating a compromise between architectural aesthetics and historical authenticity doesn’t seem to bother Lithuanian preservationists, perhaps because so much of their built environment was destroyed by the wars and strife of the twentieth century.  What they call “restoration” often is simply reconstruction.  Whether  we realize it or not, Americans have had the luxury of being a little squeamish about these kinds of issues. 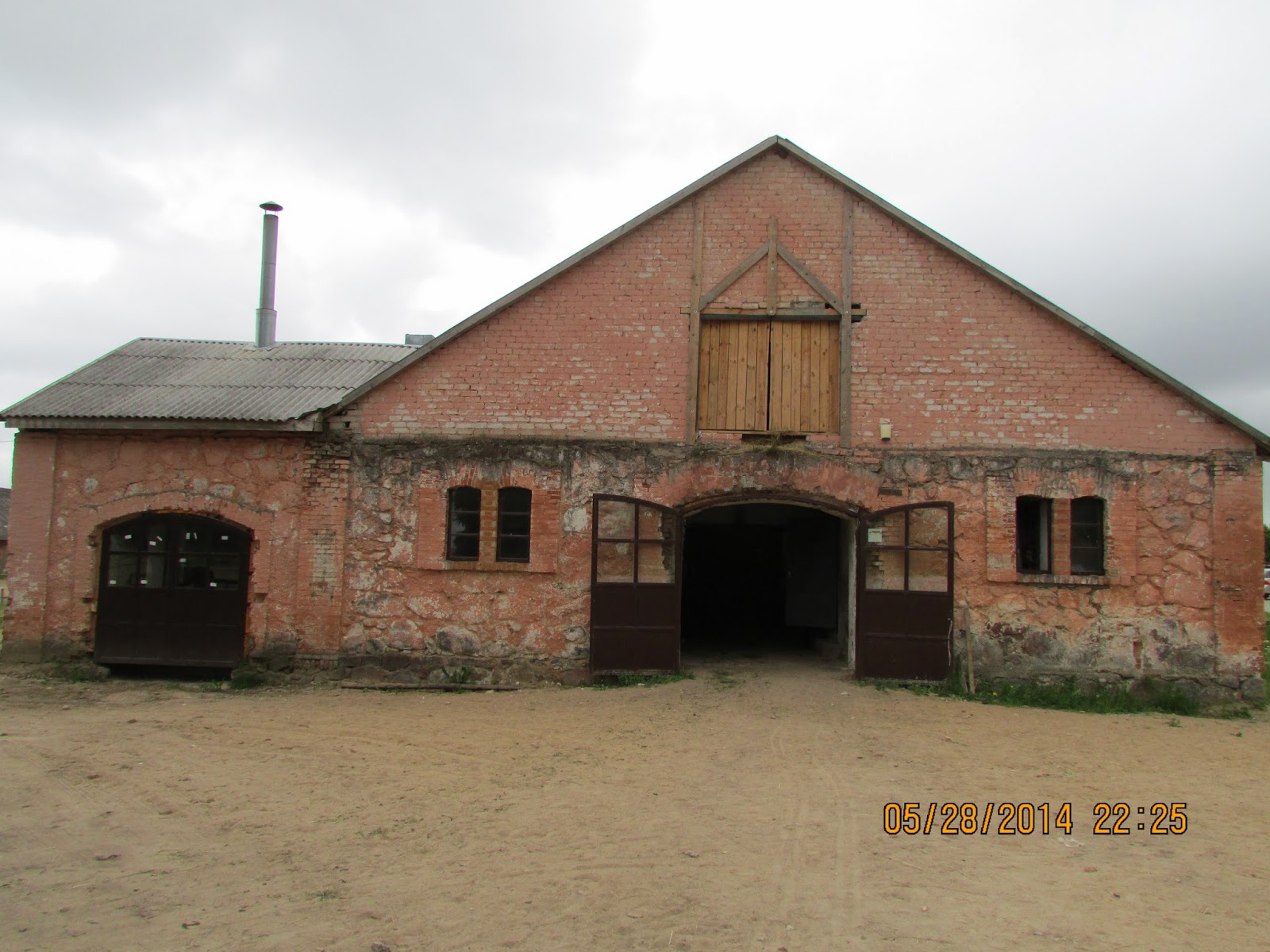 There is a carriage house that is in the process of being reconstructed.  While it is a handsome building, it completely lacks the patina of old age.  The same thing is true of the barn, or granary.  Because so many of the buildings are reconstructions, the structure that appealed most to me was the brick stable (see photo #2, above), which has room for 40 horses.  We walked through the stable.  Most of the horses appear to be thoroughbreds, though there also are a few workhorses (see photo #3, below). 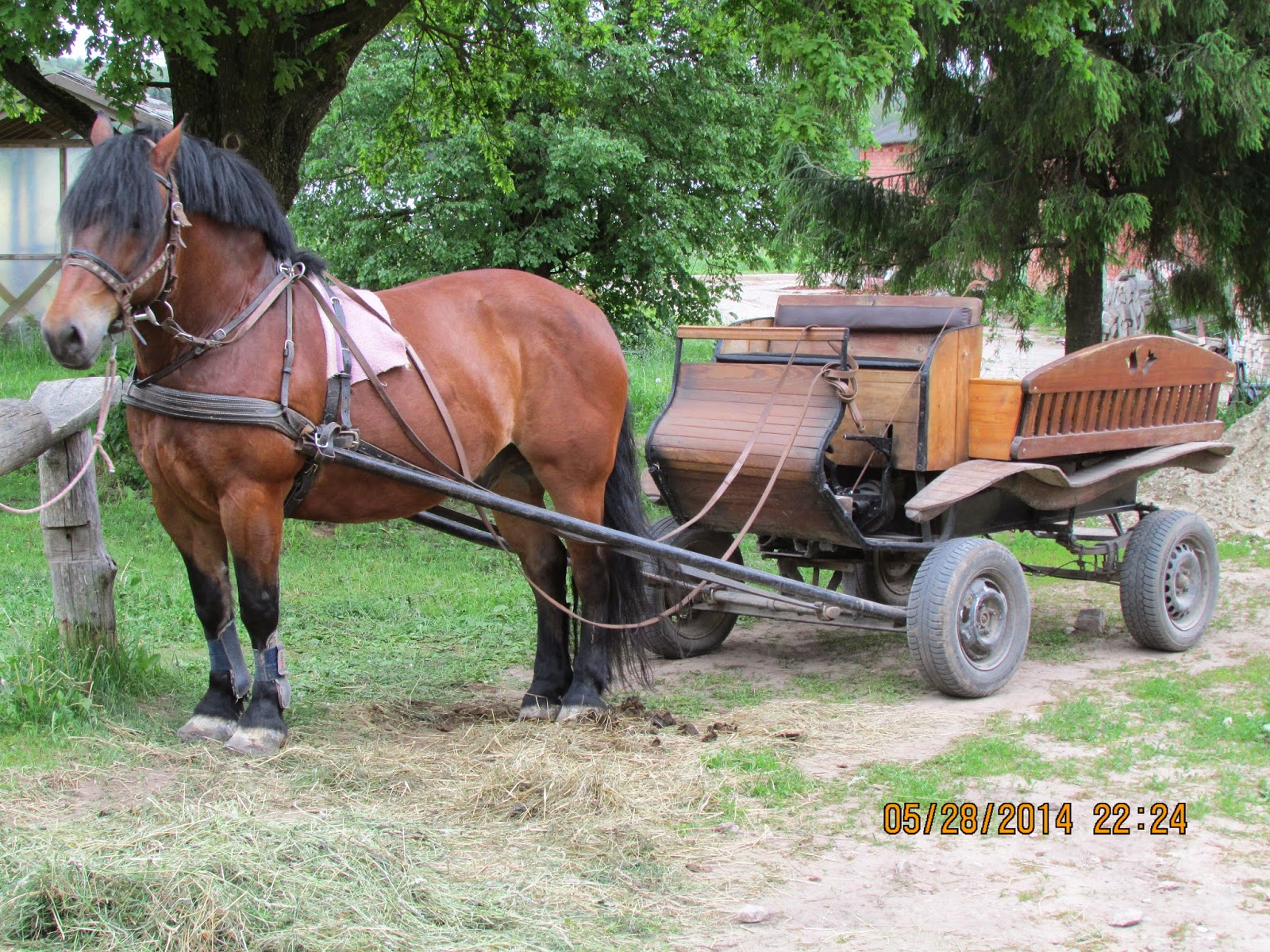 The mansion at Kurtuvėnai was rebuilt at least five times over four centuries or so.  Early in the twentieth century, the estate was owned by a family named Plater.  The mansion was destroyed in the Russian civil war following World War I.  Soviet nationalization and the deportations to Siberia following World War II ruined the Plater family once and for all, and the estate became a collective farm, or kolkhoz.  It seems to have been the residents of the kolkhoz who ransacked the manor house in the late 1950s. 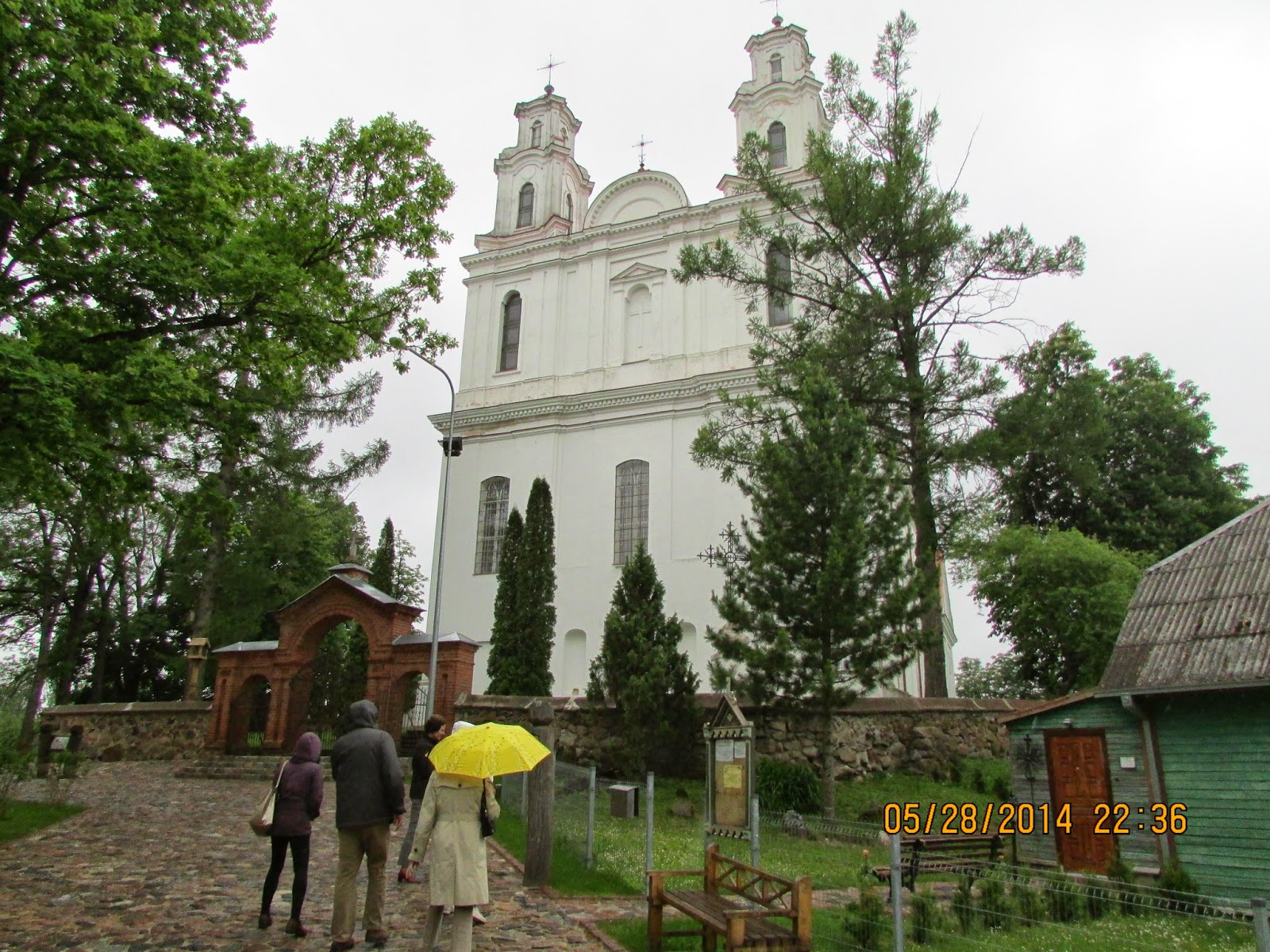 Nearby is a church, Saint Jacob the Apostle, which has a long history extending back to the 17th century (see photo above; yes that's my bride under the yellow umbrella).  Like most of the other buildings in the village, the church looked to me--despite the baroque bell towers--like a 19th-century construction; at any rate, it is not the palimpsest that one might reasonably expect of such a venerable building.

Posted by Kenneth Kolson at 6:24 AM