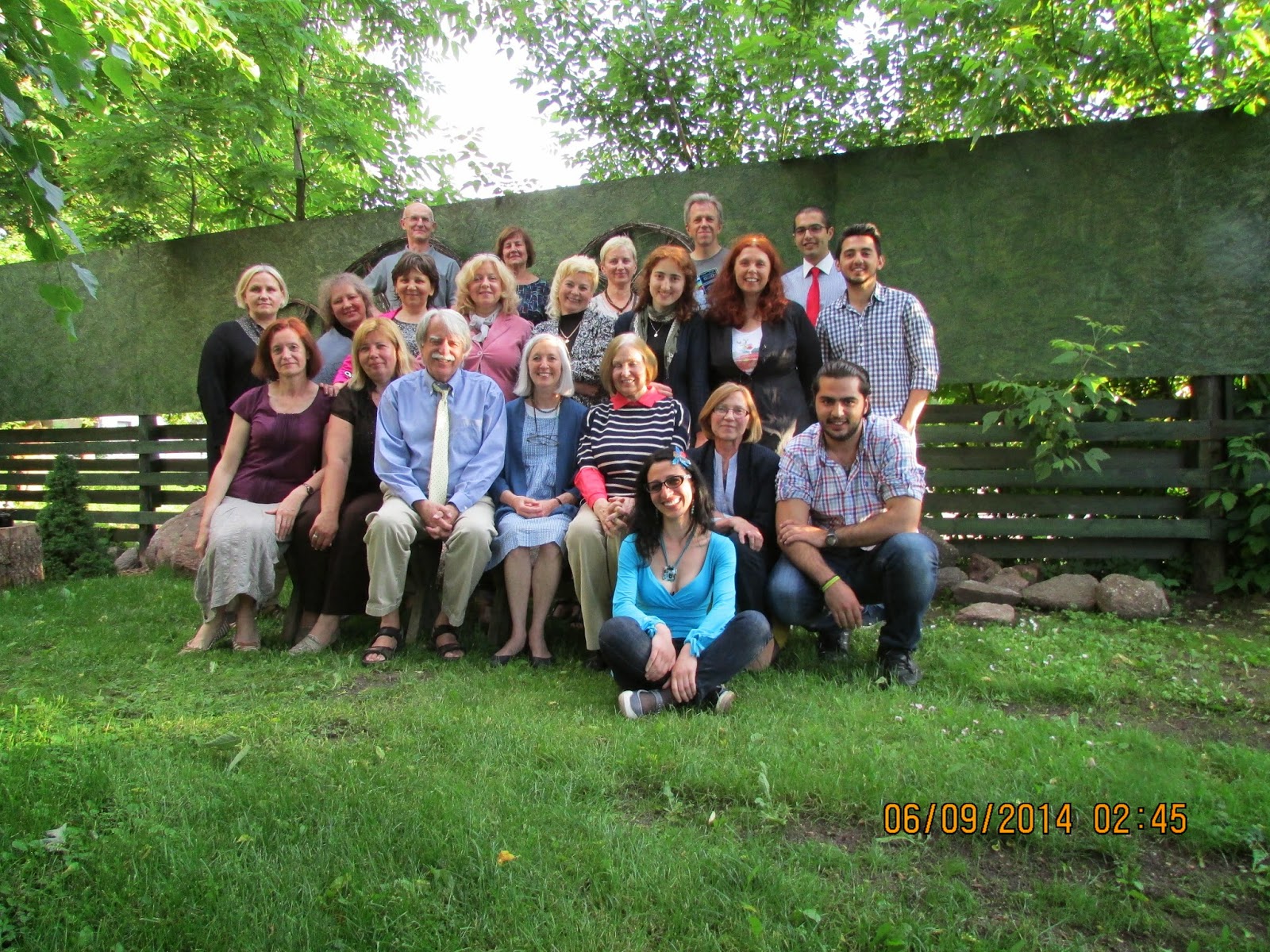 Jane here.  This will be my one and only contribution to "Baltic Avenue."  Please read on!

One of the amazing things about this semester is that George Washington University has allowed me to telecommute—from Šiauliai to Foggy Bottom—two days per week, usually Tuesdays and Wednesdays.  This has kept me busy, but those of you who know me also know that I am not one to sit still for long.  So at the suggestion of the U.S. Embassy staff in Vilnius, I became a volunteer in the “American Corner” at the Povilo Višinskio Siauliai Public Library, a five-minute walk from our flat in the city center.


The intrepid leader of this friendly crew is Roma, shown below on the left, whose enthusiasm and personal warmth bring English Club members back week after week.  Her talented colleague is Jolanta, below on the right, a middle school teacher whose great skill in infusing the Club's activities with fun fosters a strong sense of collegiality. 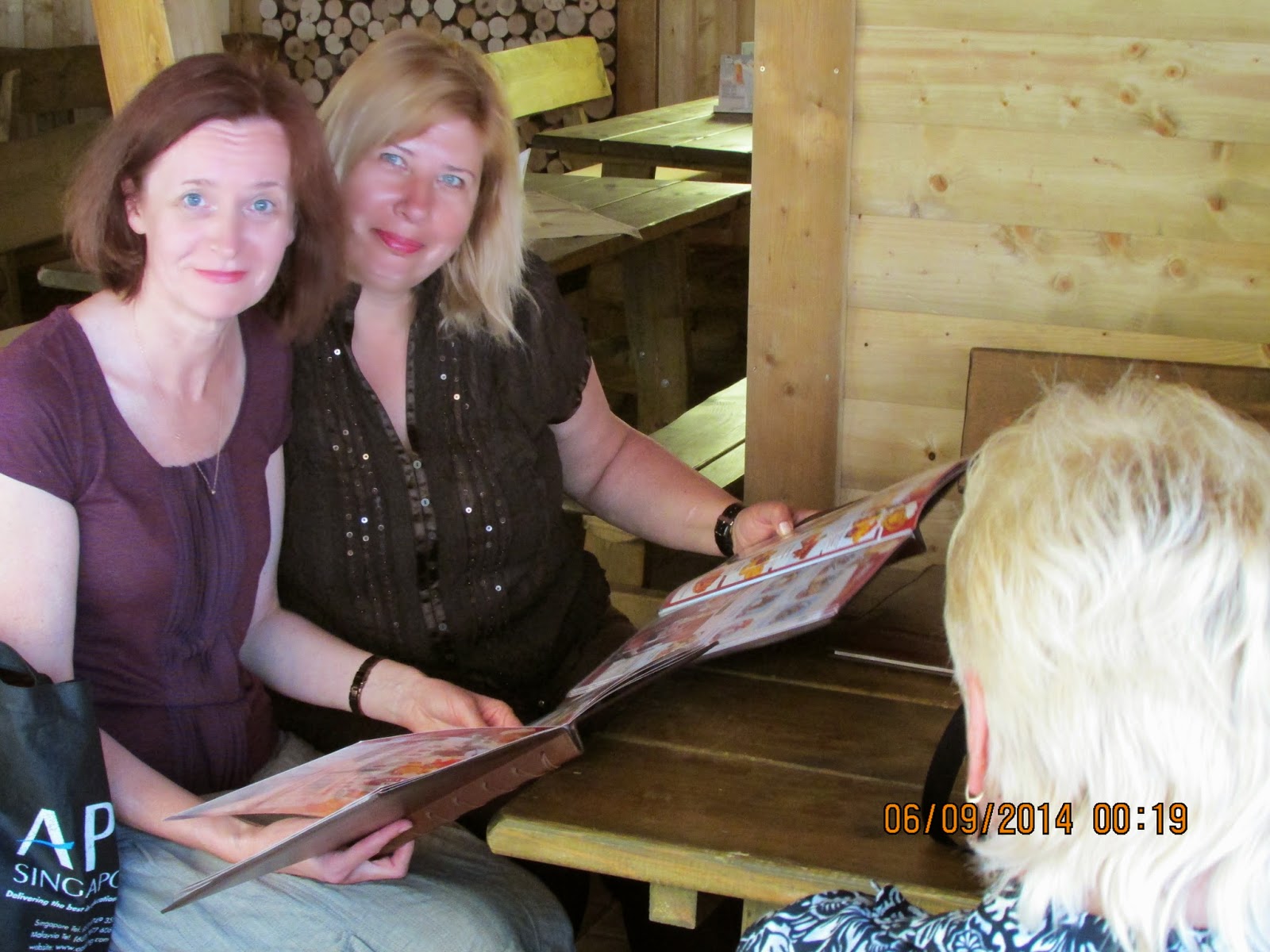 The Club has never before had an American member, so I was a bit of a welcome novelty.  Over the months, I answered many, many questions about the U.S., and connected particularly with members having children living in America or children traveling in America.
Last night the group feted me and the several delightful departing Turkish students at Juonė Pastuogė, a Birchmere-like music hall within spitting distance of our flat (please see below).  Each member was encouraged to offer a toast--in English, of course-- and those who did so more or less successfully were given "10 points" of public recognition and a round of applause. And I offered my own comments on my great good fortune in coming to know them all and to learn from them about their beautiful country, their kind and colorful culture, their heart-breaking past, and their promising future.

Ačiū, English Club, Roma and Jolanta, for welcoming me into your wonderful fold!  I will miss you all! 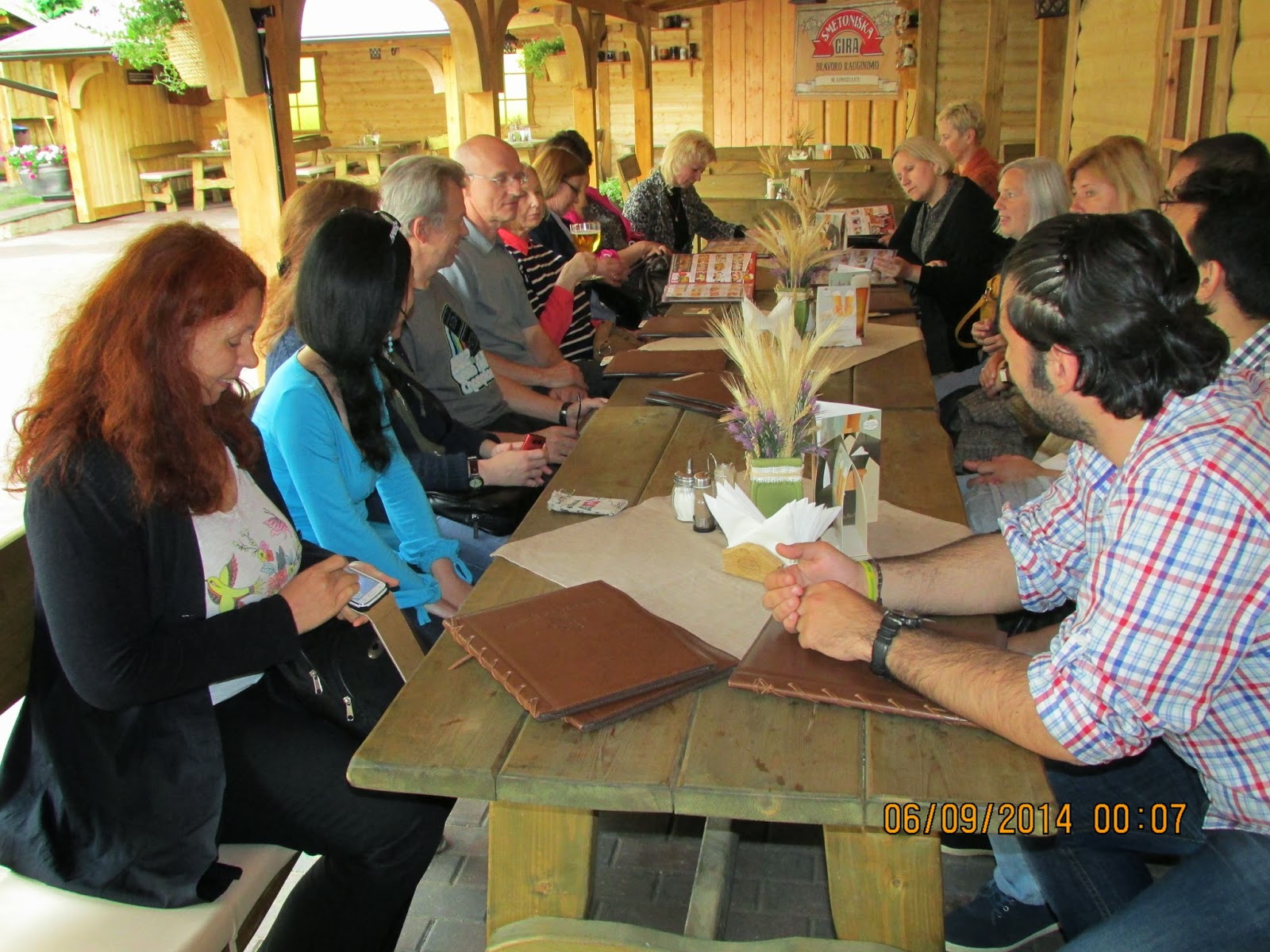 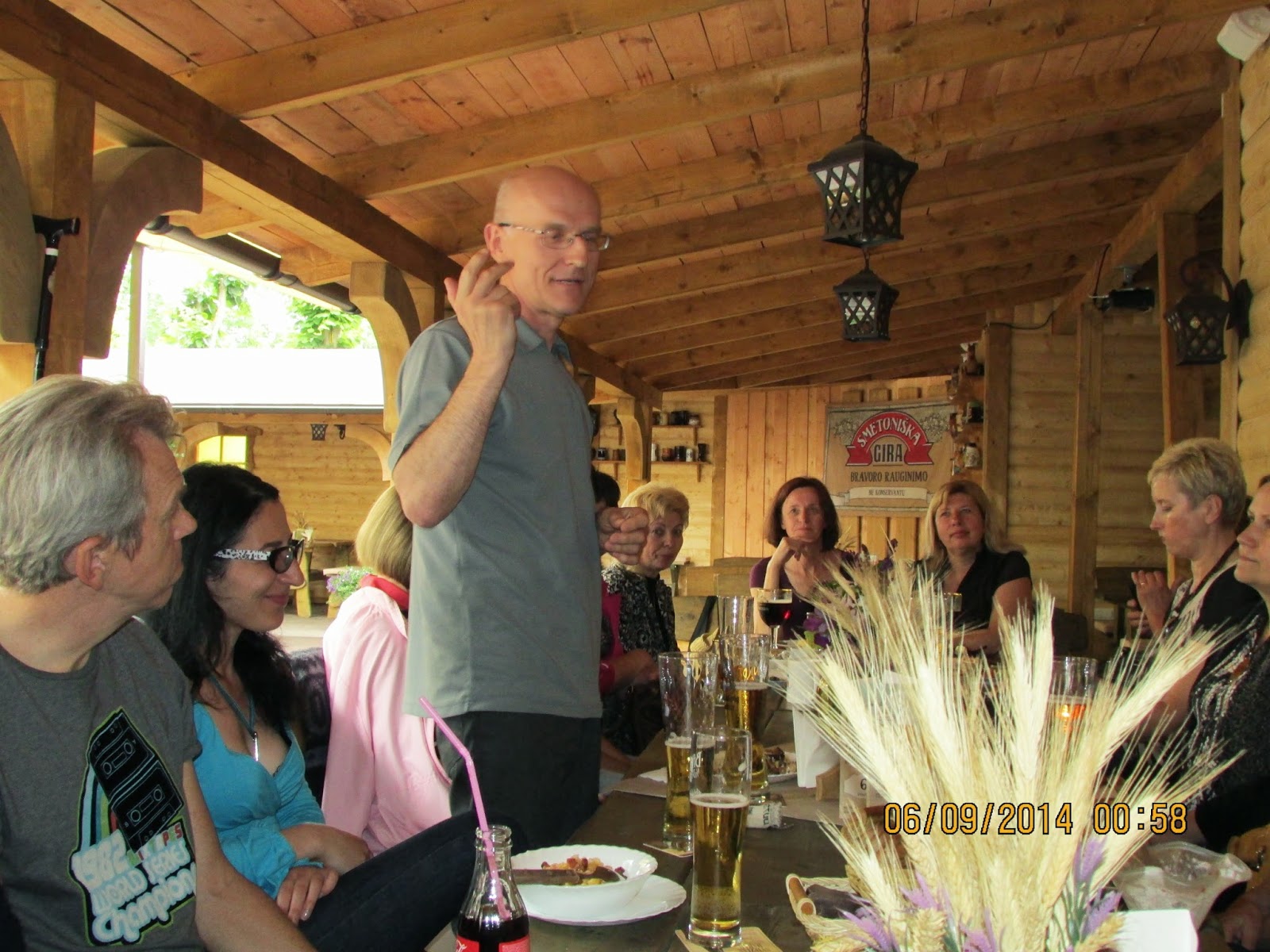