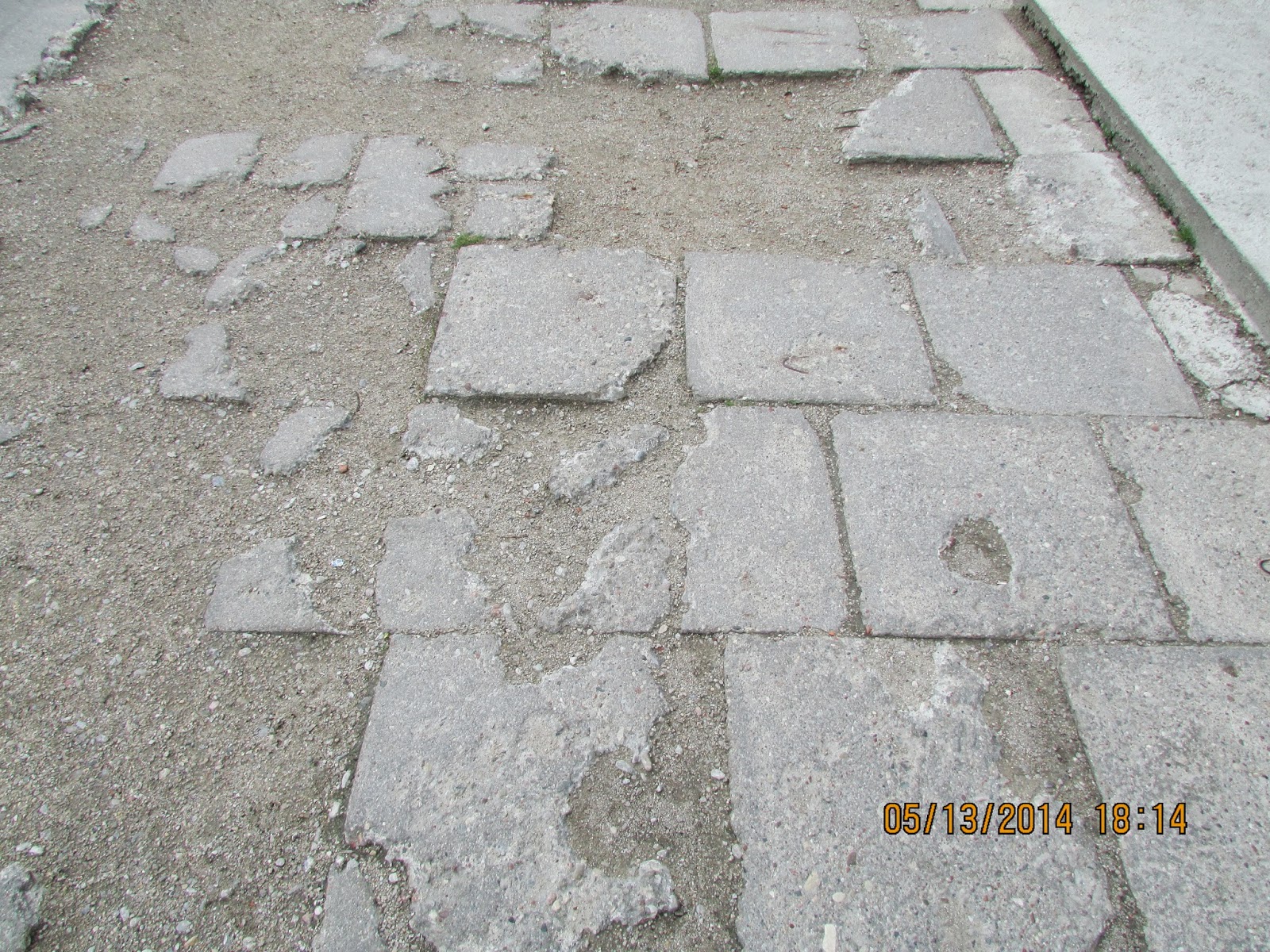 One of the more frustrating things about international travel is the way you notice distinctive features of the foreign environment at first, then slowly learn to take them for granted.  For example, I have become inured to two prominent features of the Lithuanian built environment.


Both involve Soviet-era concrete, which is nearly ubiquitous in Šiauliai, and can be seen anywhere just by bothering to look at what's under your feet.  Soviet-era pavers (see photo above) have not aged well.  Similarly, reinforced concrete stairs (see photo below) are pock-marked, and frequently have steel rods sticking out at odd angles.  Columbia Warren, author of the unconventional travel guide we carry with us, says that Lithuanians just aren't as litigious as Americans.  We see the opportunity for lucrative liability claims here; apparently, they don't. 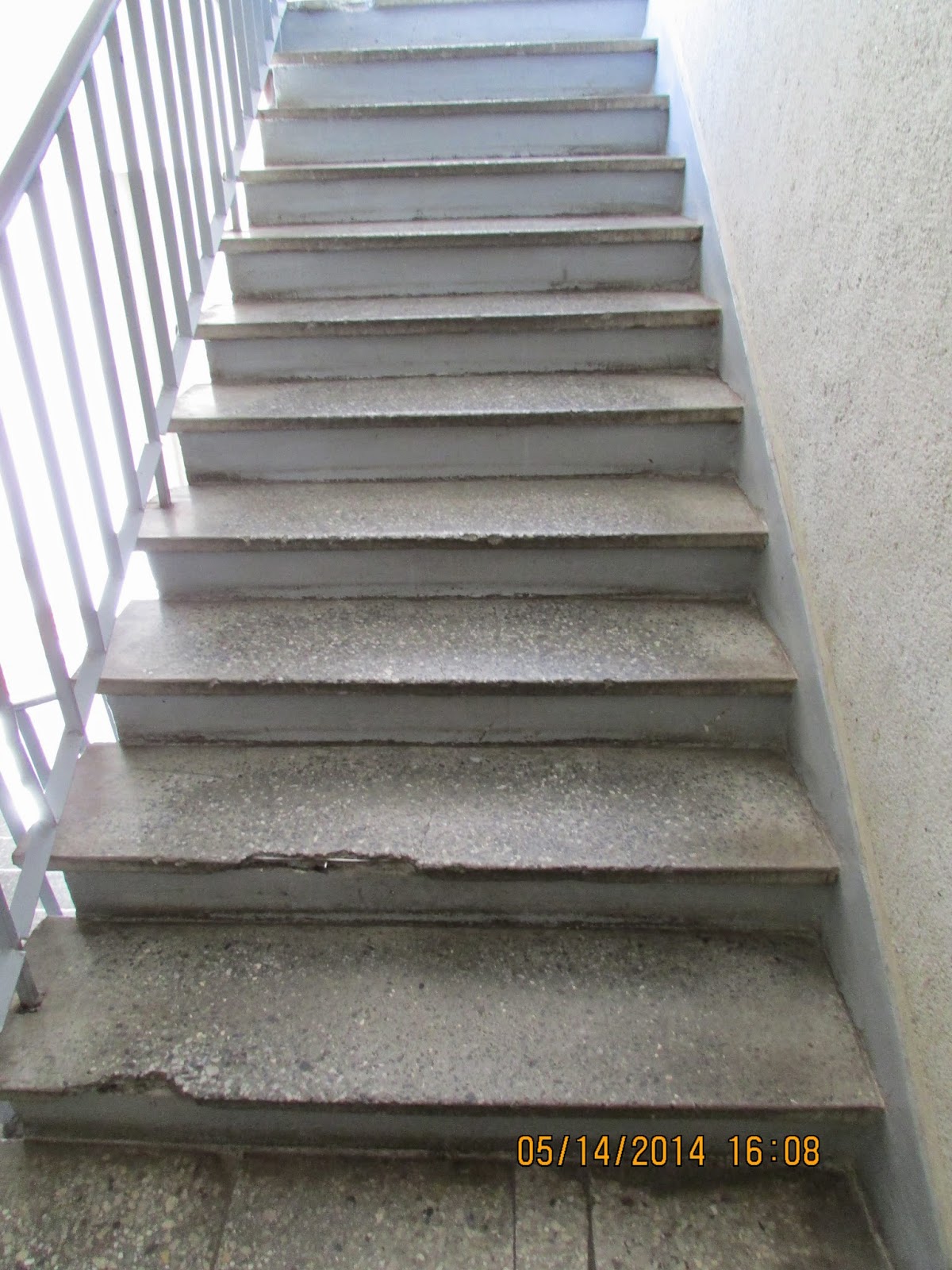 Then there are the Soviet-era apartment blocks, typically 5-9 stories high. If you’ve seen one, you’ve seen them all, which is why I haven't gotten around to photographing any of them yet.  The photo below will, therefore, have to serve as an archetype.  This one is faced with brick, as are many of the apartment blocks here in Siauliai, but  you can be sure that reinforced concrete lies just beneath the surface. 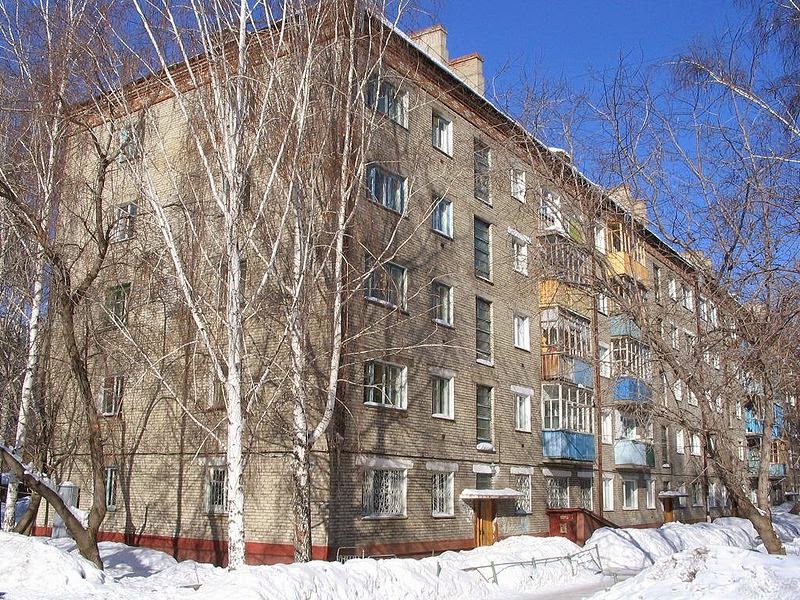 It turns out that these apartment buildings have a name.  They're called khrushchyvoka, a reference to Nikita Khrushchev, who was party chief in Moscow when they came into vogue.  They were supposed to exploit the structural properties of reinforced concrete and prefabrication.  It didn’t take them long to metastasize and spread into every nook and cranny of the Soviet Union.   There must be millions of them at this point.

Our experience--limited though it may be--tells us that many of the flats inside these buildings have been renovated by the residents and are quite lovely.  Our suspicion is that the owners of the apartment blocks themselves, whoever they may be, have little or no incentive to make improvements to the entry ways, lobbies, staircases, and other public areas inside these buildings.  Click here to read the Wikipedia entry on khrushchyvoka.