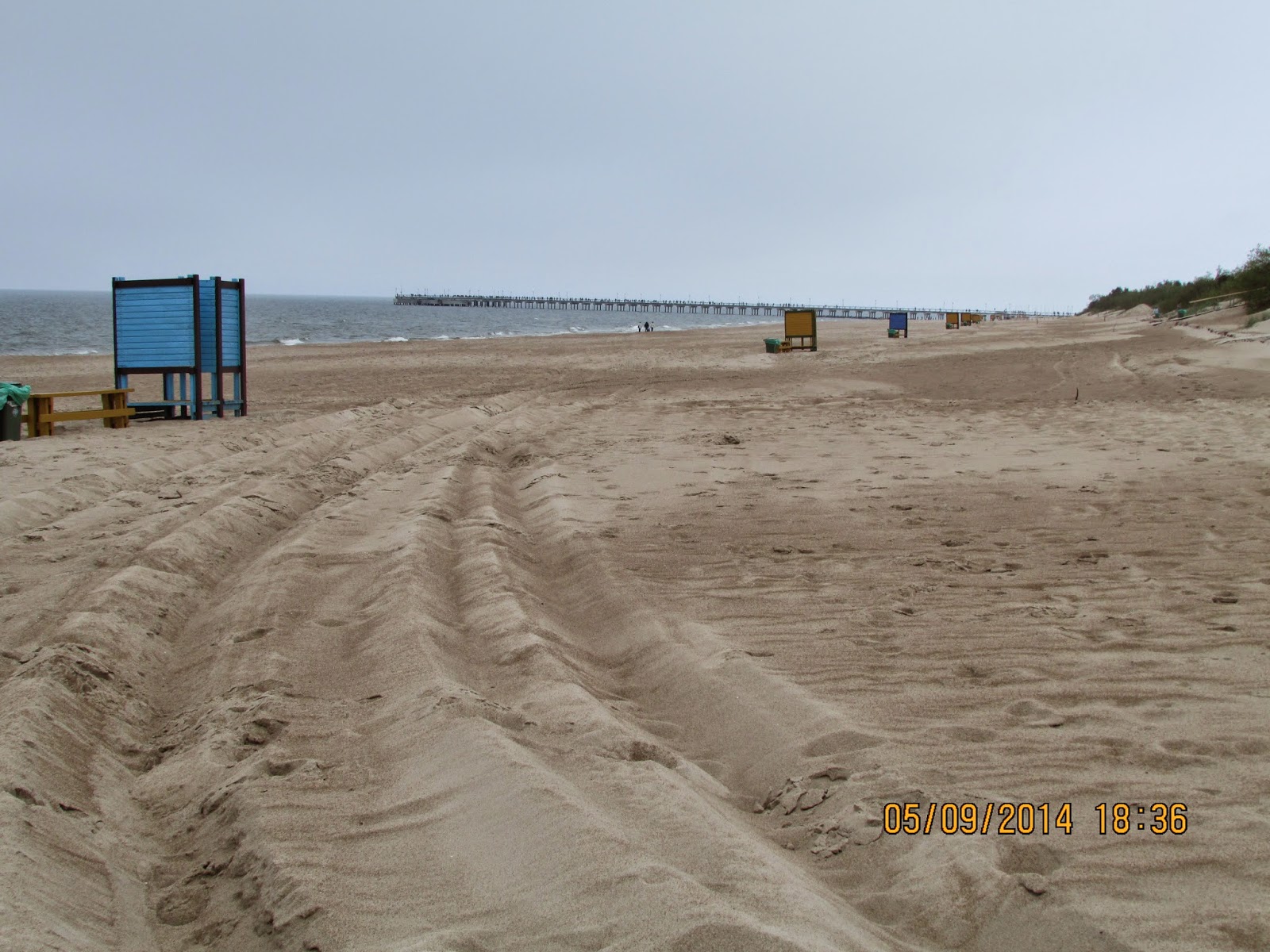 Klaipeda is a seaport, but it is not a beach town.  Luckily, it’s a cheap and easy bus ride to Palanga, a resort community of some 17,000 souls that is very popular with Russians (among others in this part of the world).  There’s a reason why Klaipeda doesn’t have a beach, and we’ll get into that in a subsequent post.
The main attraction in Palanga is the beach (see photo above), and it is easily accessible from all parts of the city, which offers almost every kind of vacation housing—from summer cottages to upscale hotel rooms and everything in between.  There are attractive bike trails, and acres of parkland, including a vast botanical garden on the grounds of which sits a stunning palazzo (formerly the Feliks Tyszkiewicz manor, and serving later as the headquarters for Soviet border guards) that now houses an archaeological amber museum (see photo #2, below). 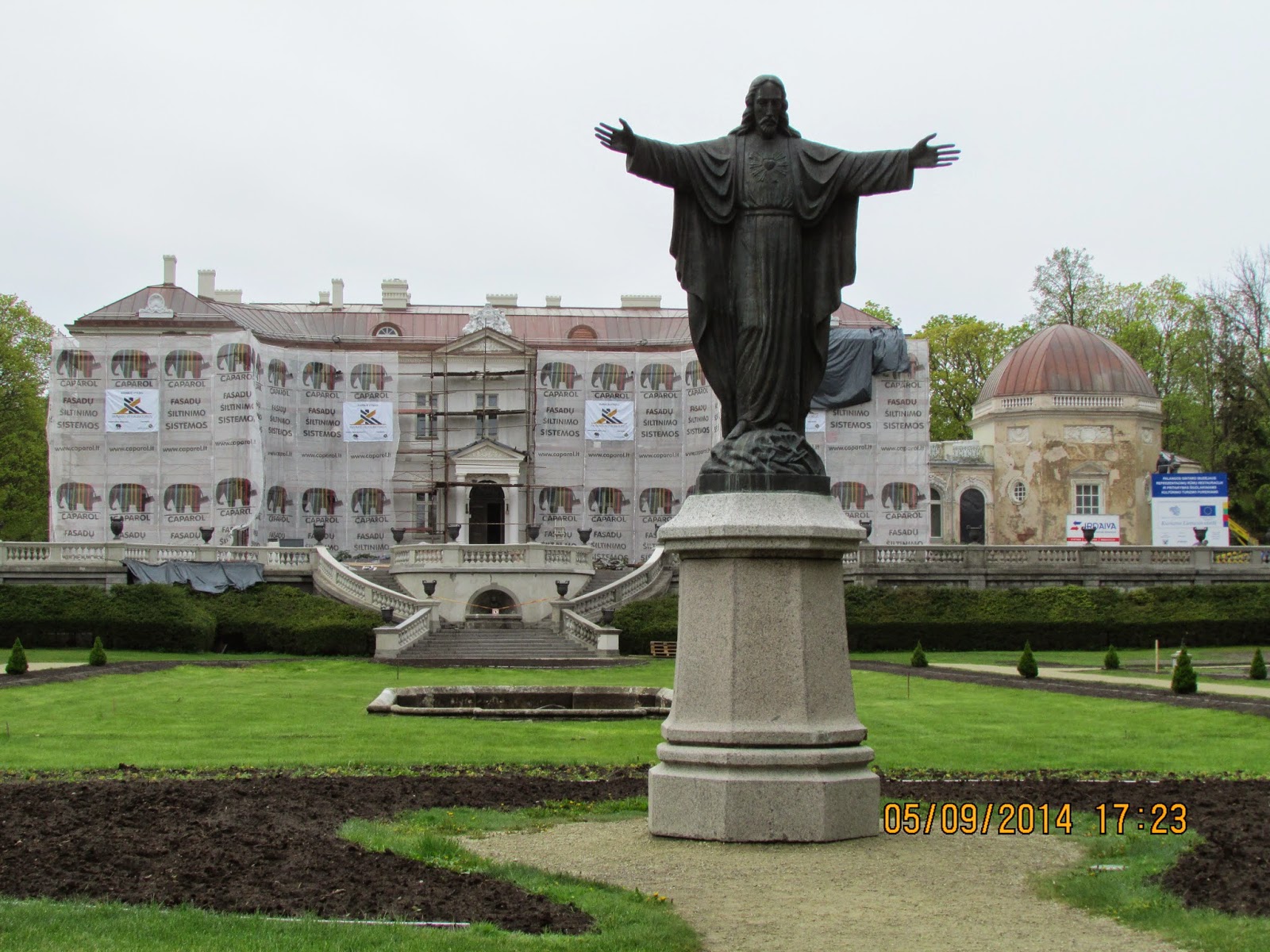 Amber is formed over millions of years from the resin produced by a kind of pine tree that is now extinct—in part because a super-resinous tree proved unsuitable to an altered climate.  Anyway, amber is beautiful (see photo #3, below), and it is soft enough to be easily worked.  While it can be mined, there always is a chance that a big gob of it will wash up underfoot, which makes it worth keeping your head down on a Baltic beach. 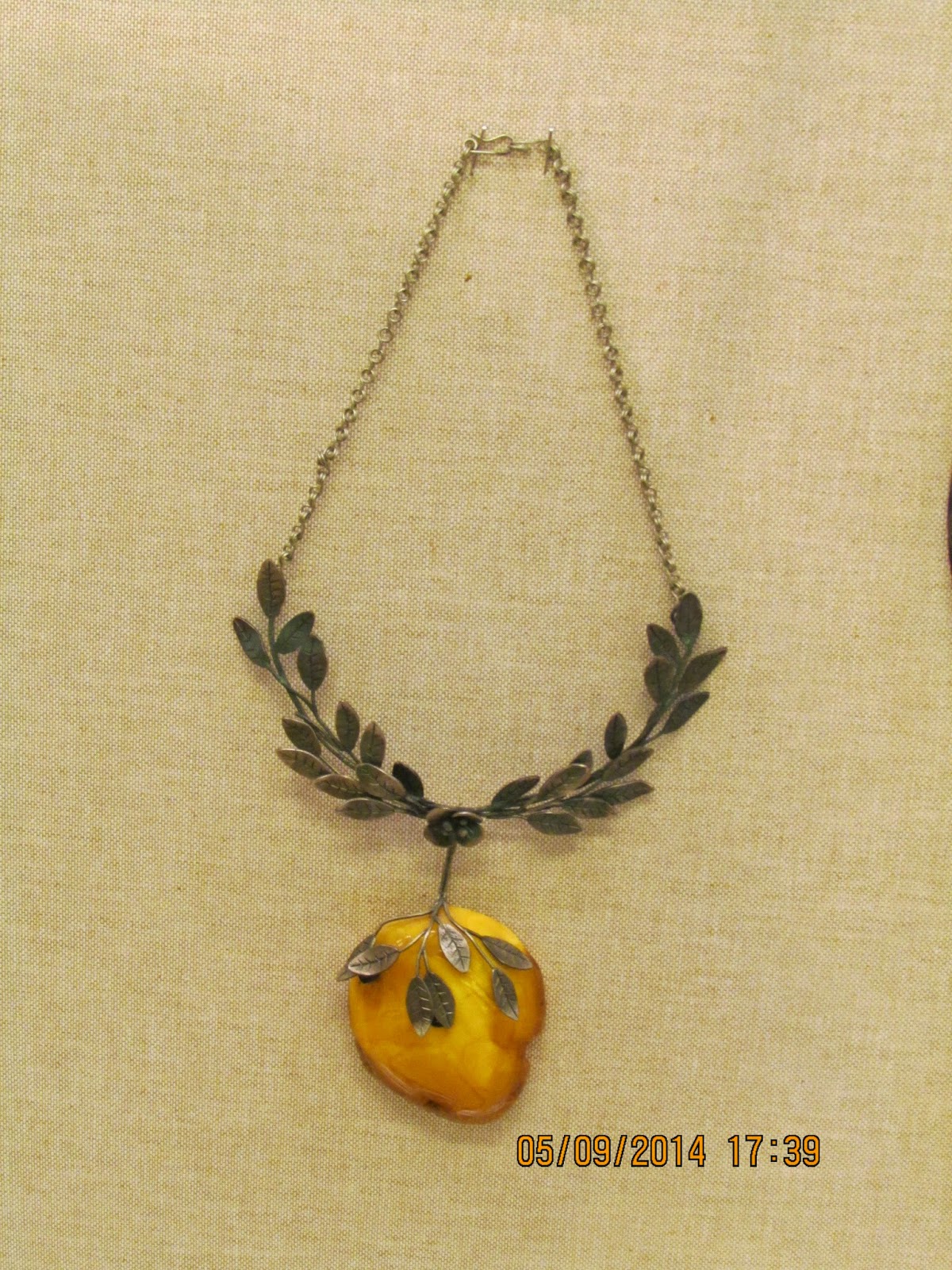 One of the best things about the amber museum is that it has an extensive exhibit on "inclusions," which refers to the random flora and fauna trapped in the resin millions of years ago and encased in amber for eternity.  Remember the premise of Jurassic Park, in which the mosquito that has just dined on the back of a dinosaur gets entangled in amber, and so becomes the source of T-Rex DNA?  That mosquito was an "inclusion."
What use, you might ask, was made of such a bourgeois and frivolous substance as amber during the fifty years of Soviet occupation?  It’s hard to say for sure that the wives of the commissars were not attracted to amber, but the artifact in photo #4 is almost certainly closer to the official version of Soviet history. 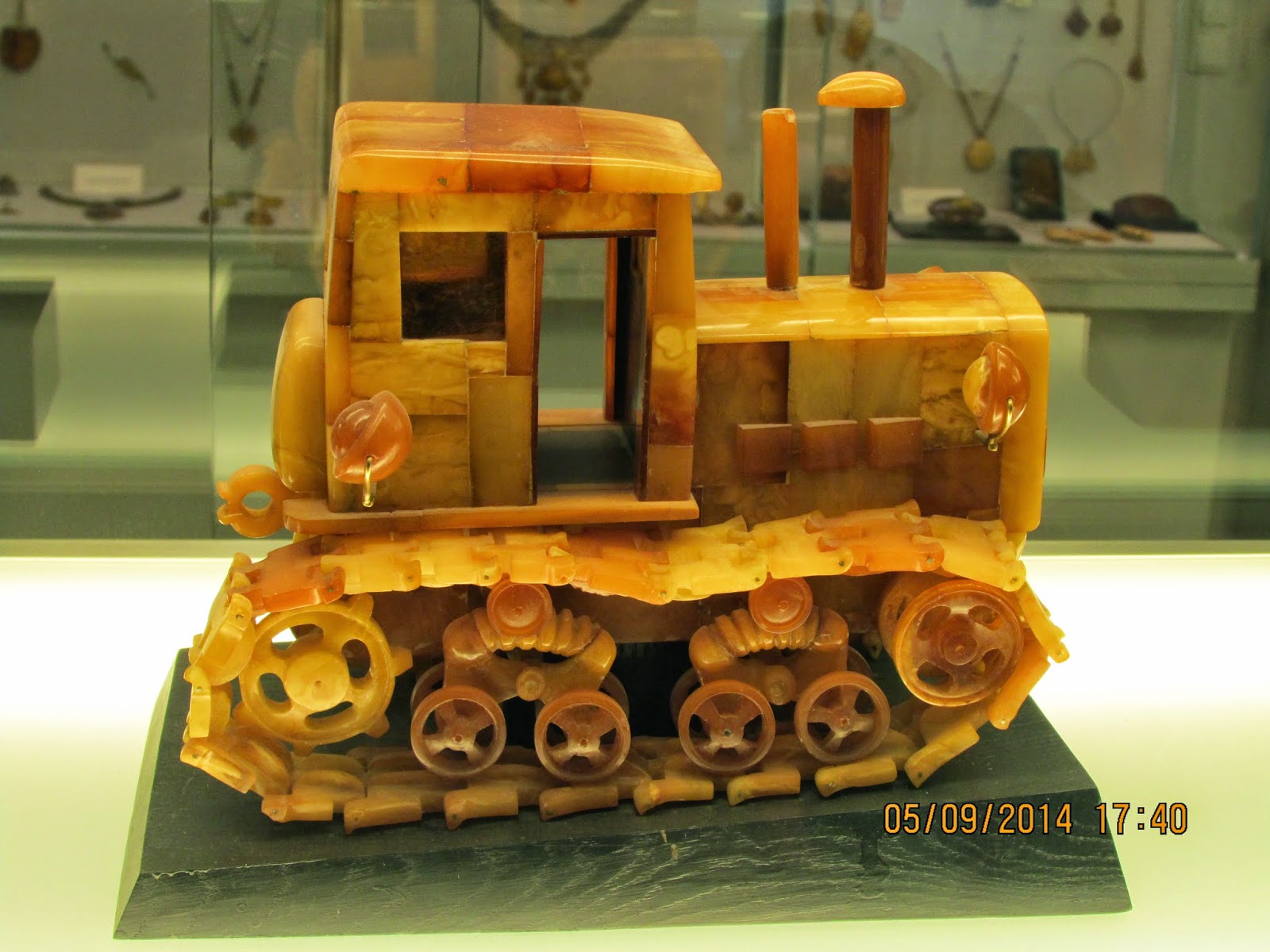 Posted by Kenneth Kolson at 9:17 PM