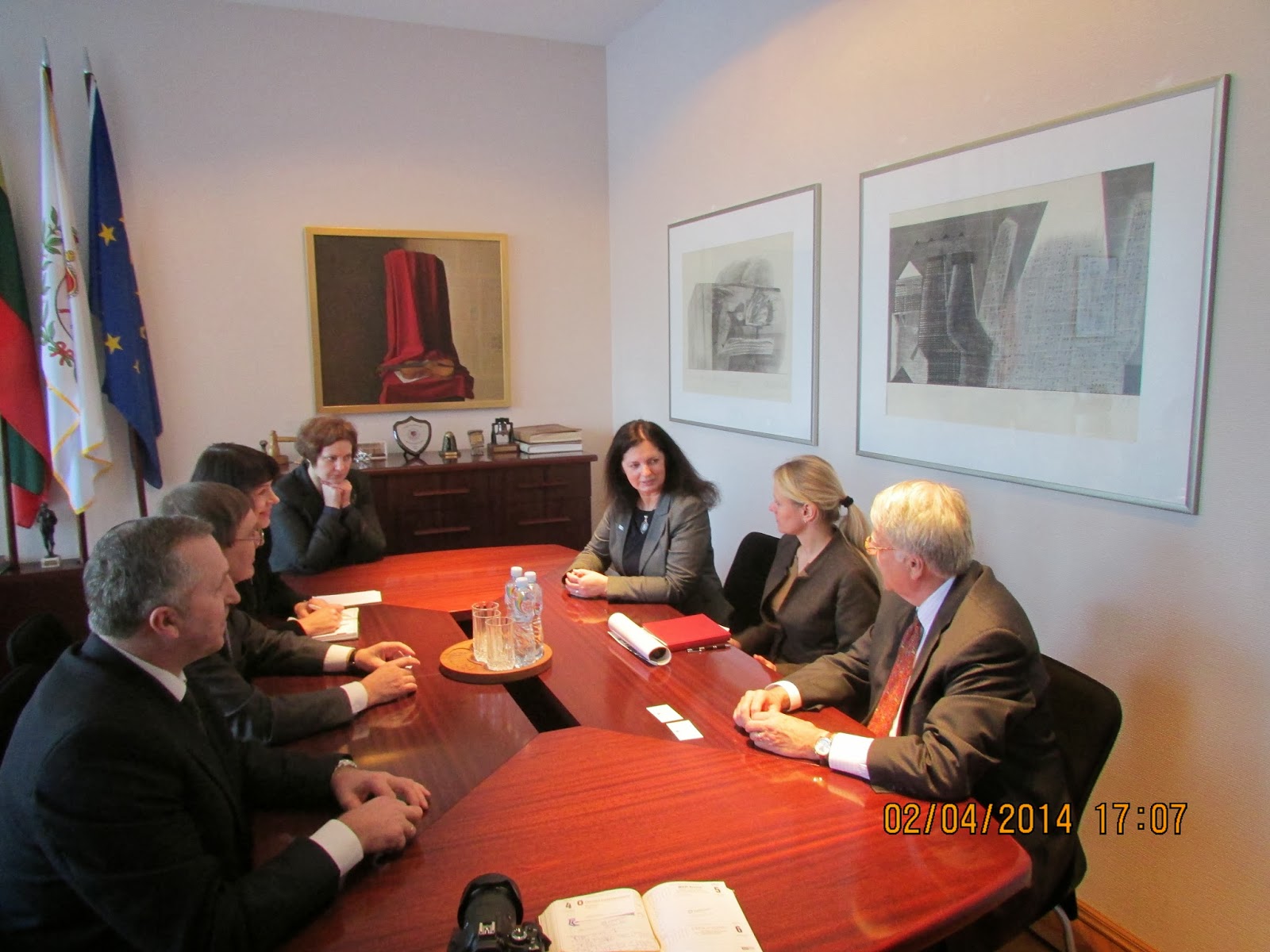 Tomorrow my graduate student collaborator, Anzelika Gumuliauskiene, and I will be lecturing for the first time in our BA-level course in public policy analysis.  Today, I was part of a delegation that met with the Mayor of Siauliai (Justinas Sartauskas, second from left, above) and several of his top aides.  It appears the mayor has a challenging job given the impact of emigration on a shrinking economy in northern Lithuania.  I hope to learn a lot more about these issues in the course of the semester.

Siauliai University has an on-going partnership with the University of Nebraska at Omaha (Siauliai and Omaha are sister cities), but I'm hoping there might be ways to promote collaboration between the public administration department at Siauliai and the John Glenn School of Public Affairs.
Posted by Kenneth Kolson at 7:54 AM