My Home Base at Siauliai University 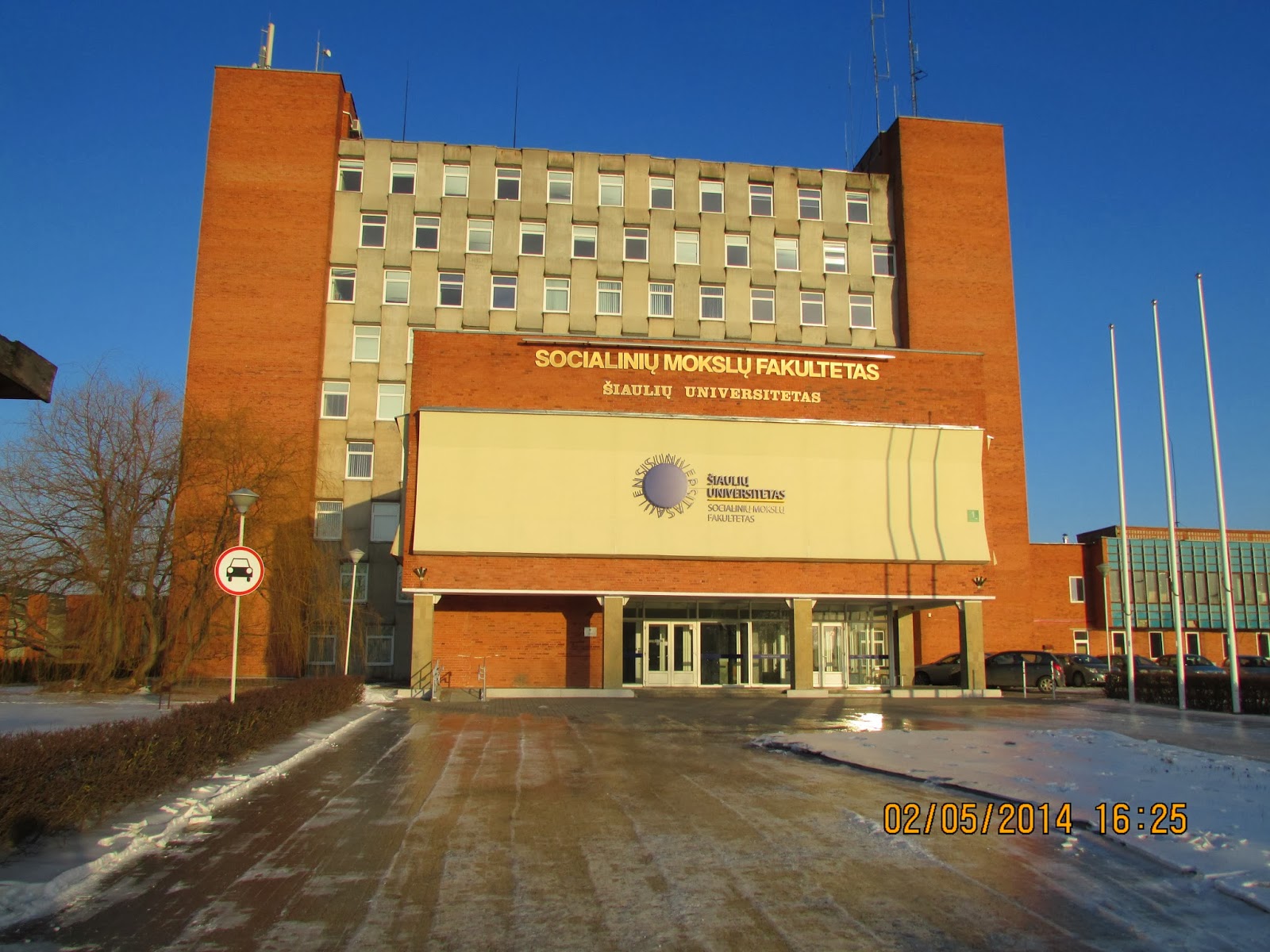 Like most European universities, Siauliai doesn't have what an American would consider a proper "campus."  Instead, the university occupies quarters here and there in the city center, integrating itself with the fabric of urban life.  There is one major exception to the rule, and that is the social sciences building, which houses the department of public administration--my home for the semester.  The structure, which is quite large, stands by itself in a remote corner of the city.  I learned this morning that it serves as the end of the #12 bus route, a 15-minute ride from my bus stop on Tilzes gatve in the city center.

What's a major university building doing out on the edge of the city, you might ask (and I did).  It seems that a quarter-century ago, this facility served as a munitions factory for the Lithuanian Soviet Socialist Republic.  If you're working with gunpowder, and I take it they were, you don't want an accident to result in a general conflagration.  Since the demise of the U.S.S.R. ownership of most (though apparently not all) of the building somehow devolved to the university.  My digs are in a bright, refurbished room in the social science library, on the third floor.  My first class meets roughly two hours from now.