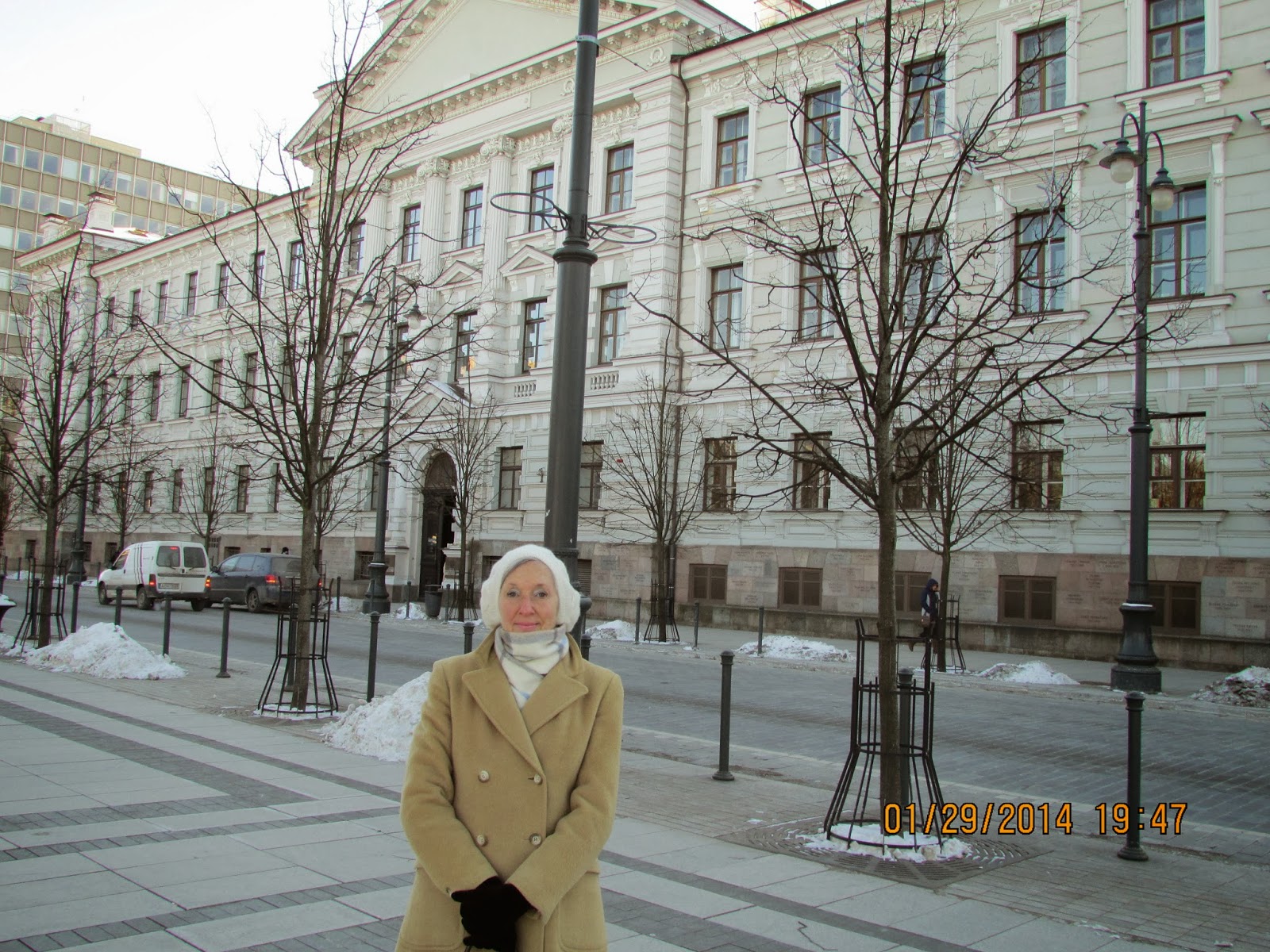 The handsome palazzo in the background served as headquarters for the KGB during the many years of Soviet occupation.  Now, it is a genocide museum, and it makes for a morbidly fascinating couple of hours.  One of the eerie things about the prison in the basement, where interrogations and executions were carried out, is the occasional relic, such as a Princess-like telephone, that reminded us that while this is all history, it is emphatically not ancient history.  One recalls The Lives of Others, that award-winning movie from a few years ago about the Stasi in East Germany.

It's important to keep in mind that the Lithuanians intend this building to be a reminder of the horrors of Soviet occupation, which means it doesn't presume to document the Jewish Holocaust in Lithuania, which amounted to near-total annihilation of a people and their rich traditions.  All told, the scale of the post-1940 catastrophe in this little country borders on the incomprehensible.
Posted by Kenneth Kolson at 9:31 PM