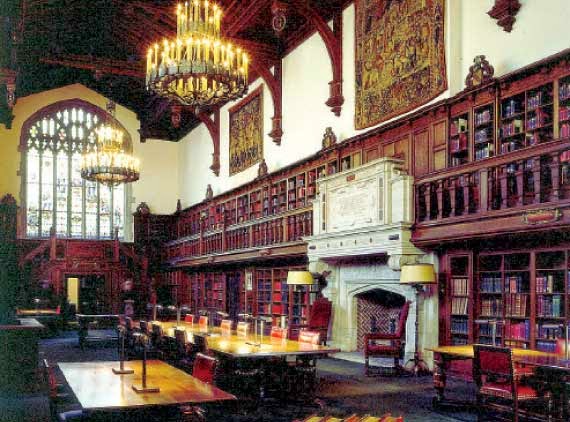 For some time I have complained about the bane of Anglophilia in the American professoriate, a malady to which I have for no good reason considered myself constitutionally immune.  I have in particular decried the left-wing version of the condition, which typically manifests itself in veneration of those quintessential British institutions:  the House of Commons, the National Health Service, and the British Broadcasting Corporation.  Why, liberal academics want to know, can’t we have American versions of these institutions?  Why do we have to import all the good stuff, such as parliamentary majorities, affordable health care, and Downton Abbey?


Teaching here in Lithuania and reflecting on my experience as a Fulbrighter in Finland back in 2006 have, however, impressed upon me the centrality of the British experience to American studies.  Gradually, I am coming to the conclusion that if we are truly to understand the American experience, we must all be Anglophiles, at least a little bit.


When I have taught foreign students about the United States Congress, I like to use Woodrow Wilson’s classic, Congressional Government.  But that celebrated book may be best understood as a response to Walter Bagehot’s The English Constitution.  When I describe Congress as a “broken branch,” to use the Mann and Ornstein shorthand, I feel I must introduce students to Edmund Burke.  Never heard of him, they say.  When I talk about the civil service, I like to invoke Whitehall and Lord Salisbury.  Never heard of him either, they say.  I tell students it’s important that when John Marshall was named Chief Justice of the United States Supreme Court—he already was serving as Secretary of State—he embarked upon a careful reading of Sir William Blackstone’s Commentaries on the Laws of England; that was pretty much the sum total of his legal education.


You don’t have to count the first folios at the Folger Shakespeare Library (see photo above) in Washington, D.C., to understand that we Americans think of the Bard of Avon as part of our own cultural heritage.  Here in Lithuania, as in Finland, there is no deep knowledge of British history because Great Britain is more or less irrelevant to the local experience; why should they know who Lord Salisbury was?  They do not look to Britain to establish context the way we do; nor do Lithuanians regard their own institutions as being in any way derived from those of the United Kingdom.  While my Lithuanian students might recognize Shakespeare as one of the towering figures of the early modern period, I get the distinct impression that they have not read Hamlet, or Macbeth, or Julius Caesar, as I was required to do in high school (not that I appreciated it at the time).  Recently, one of my Lithuanian colleagues asked me about the origin of the expression "all's well that ends well."  It's the title of a Shakespeare comedy, I explained.  Oh.


I honestly don’t know where Lithuanians look when they wish to trace the origins and development of their own institutions, which are in any case European, Great Britain being, historically as well as literally, an outlier from the continent.  I think some Lithuanians look back as far as the Middle Ages, when the Grand Duchy of Lithuania was a force to be reckoned with, stretching as it did from the Baltic to the Ottoman Empire on the shores of the Black Sea.  Others seem to think of their national destiny as related to that of Poland, and that would make sense given the important place of the Church of Rome in both cultures, though it isn’t clear with respect to the act of wagging which has been the dog and which the tail.  As this part of the Baltic world was once home to East Prussia, it would be surprising if there were not some Lithuanians who considered their country to be seriously indebted to Germany.  Surely there is something owed to the French and to Tsarist Russia, as well; in 1814, when Napoleon vacated his apartment in Vilnius, Tsar Alexander moved in.  Again, while I have not sensed any widespread nostalgia for the Soviets, surely we would expect some of that as well.  Finally, there is the Jewish and Zionist cultural heritage of Lithuania—historically, second to none in importance, though now almost entirely and tragically absent.


The point is, it’s hard to know exactly how to contextualize the Lithuanian experience in terms of other nations and cultures.  Lithuania is simply less indebted to any one of its neighbors than the United States is to Great Britain.  It may be true that pluralism in America requires that we acknowledge the contributions of France, Spain, maybe the Dutch, black Africa, and the indigenous peoples to our cultural stew, yet it’s also the case that politically we are essentially, as Louis Hartz liked to say, a cultural fragment of English (or Scottish, if you’re keen on Adam Smith and David Hume) liberalism.  There is, in short, a case to be made for American Anglophilia, and maybe we need to care, after all, whether the Scottish referendum on political independence passes next week, whether a rapidly aging demographic will lead to NHS bankruptcy, and whether Anna and Mr. Bates will ever recover the domestic bliss that they briefly enjoyed in Series Three.  Stay tuned.

Posted by Kenneth Kolson at 7:11 AM